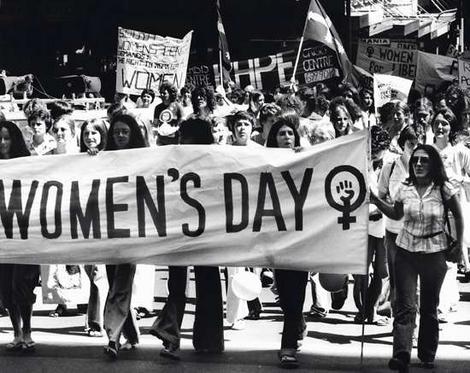 March 8th marks the 100th anniversary of International Women’s Day. Secretary of State Hillary Rodham Clinton marked the occasion by handing out “Women of Courage” awards, and by launching  the “100 Women Initiative,” bringing 100 women leaders from 92 countries to the United States to nurture them in political, economic, and civic leadership.

“We’ve come a long way, ladies,” First Lady Michelle Obama declared from the East Room of the White House. She said that while women are breaking barriers and excelling in careers their mothers and grandmothers believed were off-limits, more progress is needed to achieve true equality. “We as a nation benefit from every girl whose potential is fulfilled, from every woman whose talent is tapped.” President Obama concurred, “We will not rest until our mothers, sisters and daughters assume their rightful place as full and equal members of a secure, prosperous and just world.”

The same message resounded around the globe. Google celebrated the 100th anniversary of International Women’s Day with a special Google Doodle image that transformed the “gle” in “Google” into images of women as doctors and graduates. In Britain, the UK Guardian released a provocative video starring Daniel Craig as James Bond, and narrated by Judy Dench. “We’re equals, aren’t we 007?” asks Dench as M, opening the film in voiceover, as Craig walks towards the camera. Dench launches into a bleak monologue about the state of women while Bond reappears cross-dressed in drag—as a woman.

The message is that “true equality” requires that women be treated exactly the same as men. Women will not be equal until the sexes have interchangeable roles, interchangeable jobs, interchangeable responsibilities . . . and even an interchangeable identity. Equality means interchangeablity.  The sexes will not be “equal” until a man can metaphorically “cross-dress” as a woman, and a woman as a man—until husband and wife, mother and father are superfluous terms, and the world reflects a socialist, gender-neutral 50/50 division of labor in every sphere of life.

Role interchangeability was the vision embraced by those who launched the first International Women’s Day (IWD) a hundred years ago. IWD, originally known as International Working Women’s Day, was started by German socialist, Clara Zetkin. It was an effort to unite the labor movement and provide international impetus for the spread of socialism. Zetkin wanted to harness the anger of female factory workers to force political change.

And in Russia, IWD did just that. In 1917, demonstrations marking International Women’s Day initiated the first of two revolutions that led to the collapse of Imperial Russia, the end of the Romanov dynasty, and the beginning of Communism. Lenin subsequently established IWD as a national holiday in the USSR “in commemoration of the outstanding merits of Soviet women in communistic construction.”

The new socialist order granted women more political and legal “equality” than any capitalist country, before or since. Reforms such as the right to vote and divorce were introduced within weeks. The legal concept of illegitimacy was abolished and in 1920 abortion became legal and free. Women were granted equal pay, and affirmative action ensured that they were equally represented in all professions.

Also fundamental to this process was the freeing of women from the burdens and constraints of the nuclear family. In socialist thought, the family systematically restricts and devalues the role played by women in society.Women need to be freed from the traditional roles of wife and mother in order to be equal.

The emerging utopian socialist society aimed to relieve women of their private responsibilities within the family and have the familial role traditionally filled by women provided publicly by the state. By 1919 over 90 per cent of Petrograd had access to communal restaurants, government childcare and laundry services. As Russian revolutionary Leon Trotsky said, “the revolution made a heroic effort to destroy the so called family hearth—the archaic, stuffy, and stagnant institution in which the women of the toiling classes perform the galley labor from childhood to death.”

The USSR sought to promote the equality of women by ensuring that women fulfilled the same role in society as men. The attempt failed miserably.  But the feminist movement nevertheless idealized a gender-free societal division of labor. And this precept is still popular in current culture. The message we are hearing this International Women’s Day is that women will only be equal when they assume the same roles as men. Enforcing “sameness” will uphold woman’s worth and dignity.

I beg to differ.

Men and women are equal, but different. I believe that we will see the dignity of women upheld when we embrace our God-given differences—not when we deny them. What we women need is to be women—to be the relaters, responders, mothers and nurturers that God created us to be. And we need you men to step up to the plate and be men—to be the providers, protectors and fathers that God created you to be. We need you to assume the responsibility of leadership in our homes and communities and to go to bat for women who are abused, downtrodden, oppressed, and forgotten. We don’t need women to be more like men—or men to be more like women. We need radical, counter-cultural men and women who dare to delight in God’s design.

I know that as long as we live in this sin-tainted world, women—the softer, more vulnerable sex— will suffer unjustly at the hands of sinful men. Legal protection/intervention is absolutely necessary to try to alleviate her plight. But gender-bending and role obliteration does not help our cause. It just makes matters worse. It is when men sense their responsibility to benevolently protect and provide that women will experience the dignity and respect that is their due.

Equality will not be achieved by pushing for gender-neutralization of male and female roles. Women do not need to be the same to be equal. On this International Women’s Day, I encourage you women to embrace and delight in what it means to be a woman. But more than anything, I call out to you men to step up to the plate and be men.

Calling All the Single Ladies! 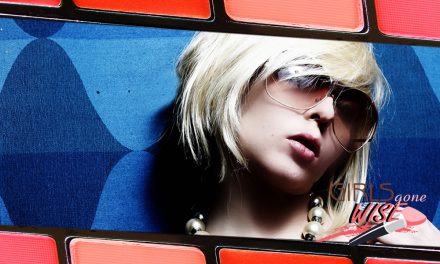 Book Blog Intro: A Tale of a Girl Gone Wild 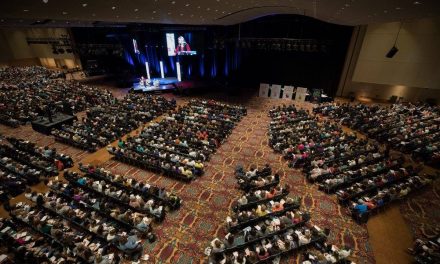