Five Problems I have with SlutWalk Marches 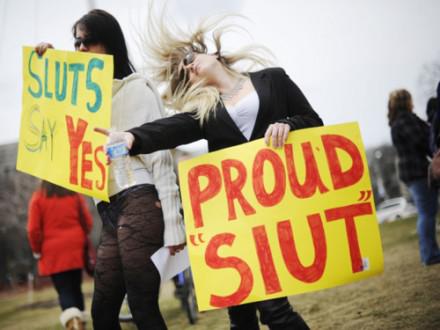 This week marks the first anniversary of SlutWalk.

The first SlutWalk demonstration took place in Toronto, Canada, on April 3, 2011. The rally was held in response to a Toronto police officer’s statement that young women could help safeguard themselves against rape by dressing more modestly.

Barnett organized a protest march to the Toronto Police Station, which she dubbed “SlutWalk.” Through it, she hoped to raise society’s collective consciousness, and to encourage girls to:

Proud to be a Slut?

Over the past year, more than 50 SlutWalks have taken place in the US, Canada, and around the world, including Australia and Britain. The events are similar to “Take Back the Night” rallies. But they differ, because addressing sexual violence is only one of their aims. SlutWalk also wants to aggressively redefine notions about woman’s sexuality.

Sexual violence is a problem that ought to concern us all. However, I fear that SlutWalks do little to improve woman’s lot. In fact, they arguably exacerbate the very problem they say they’re trying to solve.

Why SlutWalk Ideology is Bad for Women

SlutWalk ideology is bad for women. Here are five reasons why:

1. It absolves girls of risk-management responsibility:

Telling a girl to be careful about the way she dresses, where she goes, and how she behaves is about risk management, not victim blaming. Risk management is an important consideration in many areas of life. For instance, earlier this week a local hockey player left his car unlocked and key in the ignition when he jumped on the team bus for an out-of-town game. He’s lucky his car wasn’t stolen.

Had it been, his dad, a police officer, would have still brought the full force of the law to bear on the thief. The “invite” of an open car doesn’t reduce or minimize a thief’s culpability. But that doesn’t mean that leaving your car unlocked is smart. It’s not good risk management.

SlutWalk ideology puts the entire onus for sexual conduct on the guys. It teaches girls that they don’t need to manage risk. It encourages foolish behavior.  It implies that a girl can dress provocatively, go to a guy’s apartment, get drunk, get naked, pole dance, come on to him, and then accuse him of rape when he doesn’t stop at the last minute. C’mon girls. Use your brains. Yes, he may be culpable of rape, but you sure didn’t do yourself any favors by throwing your car doors open. If you’re wise, you’ll put up boundaries to safeguard yourself against the risk of unwanted sexual attention and not put yourself in risky situations.

Don’t misunderstand me. Women who are sexually abused are NOT at fault. A crime is a crime. But there are sometimes things that girls can do to lesson their vulnerability– particularly in social dating situations.

2. It equates sex with power:

SlutWalk buys into Third Wave feminist ideology that sex is power. It preaches that sex is ultimately the way a girl exerts and expresses her freedom and equality. It intimates that slutty women are powerful women. If a girl wants more power, then she’ll throw off male-defined Judeo-Christian notions about sex. Sadly, I see the carnage of this attitude in multitudes of today’s young women -even those who are Christians. Power is not the right to do what you want, nor to act in a sensual, promiscuous, immoral way. True power is “the might to do what’s right”—It’s the backbone and strength to walk in the way of the Lord.

3. It teaches girls it’s cool to be crass

I gotta admit I had a hard time writing this post. Though the post called for it, I don’t like using the word “slut.” I think it’s crass, crude, and inappropriate.  Since when is being ill-mannered and potty-mouthed a mark of personal empowerment? SlutWalk would have us believe it is. A Huffington Post writer sarcastically entitled her response to the movement: “Dear Feminists, Will You Also Be Marching in N***erWalk? Because I Won’t.”  It’s NOT cool to be crass. It does nothing to elevate women or womanhood.

4. It casts men as oppressors

If you get the diagnosis wrong, you’ll get the treatment wrong.

SlutWalk blames the problem of sexual abuse on patriarchy. It buys into the feminist mindset that throughout history men have been on a misogynistic power trip, and part of a massive subversive patriarchal plot to oppress women. Men are bad. Women are good. Get rid of male privilege and you’ll get rid of the problem.

Well guess what?  Women can be bad too. Female to male domestic violence is statistically just as prevalent as male to female. And the feminist argument that women act this way because of the patriarchal system is simply not true.

Yes, due to the mechanics of male-female plumbing, women are raped more than men. Rape is a horrible wrong. But at its core, the problem isn’t maleness or men. It’s sin. Some men are oppressors.  But many are decent, honorable guys who’ll throw themselves on a sword to protect the ones they love. It’s high time we stopped swallowing the lie that the male sex is responsible for all the world’s ills.

SlutWalk wants girls to stop feeling shame. A girl should be able to act trashy without feeling trashy about the way she acts. A Slutwalk Organizer explains:

“The event is in protest of a culture that we think is too permissive when it comes to rape and sexual assault,” said Siobhan Connors, 20, of Lynn, Massachusetts, another Boston organizer. “It’s to bring awareness to the shame and degradation women still face for expressing their sexuality … essentially for behaving in a healthy and sexual way.”

Sexual violence is a horrific sin. But SlutWalk isn’t helping matters any. Sadly, I think it’s just shooting women in the foot. It’s creating a mindset and culture that exacerbates the very problem it says it wants to solve.

This Moment at Long Hollow Baptist

Mr. Right or Mr. Right In Front of You? 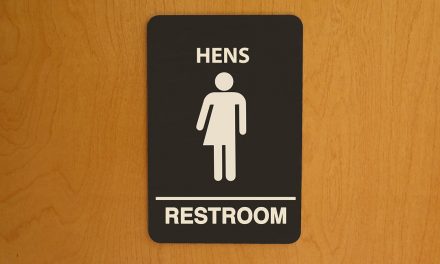 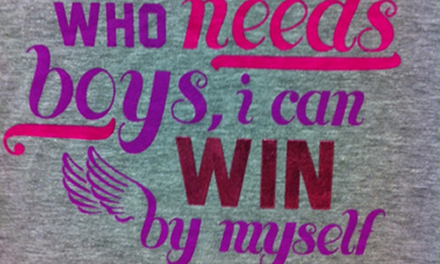