Women have embraced culture’s formula for success. We have more education, more money, more power, more independence, and more sexual freeedom than ever before.
But we’re getting more and more unhappy.

Statistics give us insight into the life of today’s typical woman, who I’ll call “Average Anna.” Average Anna loses her virginity at age 16. In college, she has a friend-with-benefits. Anna also has at least 1 one-night-stand (which she deeply regrets). There’s a 16% chance that Anna will experiment with girl-on-girl sex. By the time she marries at age 27,  Anna will have had 2 or 3 committed relationships and 4 or 5 sexual partners.

Average Anna almost certainly has issues with her self-image. When she has kids, she starts having a tough time maintaining a satisfactory work-home balance. She’s overstressed. She experiences difficulty in her marriage. There’s a 25% chance that she’ll become clinically depressed. There’s a 19% chance that she’ll cheat on her husband and have an affair. The likelihood of her marriage failing is more than 30%. She’ll probably be the one to initiate the divorce.

And that scenario doesn’t even take into account the toll that negative experiences such as father absence (33%), abuse (15-35%), and abortion (28%) will have on Anna’s psyche.

Outwardly, they look all cute and put-together. But inwardly, they’re broken and hurting. They’ve embraced popular wisdom in their pursuit of happiness, but they’ve ended up shooting themselves in the foot. Their choices have backfired, and have only resulted in disappointment and pain.

Though today’s woman does her best, she just can’t seem to make life work.

Are Anxious and Overstressed

Cheat on their Husbands

You do your best. But you’re having trouble making life work.

Are you having trouble making life work?

If so, you’re not alone. All of us have felt this way. The truth is, none of us have the smarts to consistently make good choices. We all need help. And the sooner we realize it the better. You need a Reliable Source of Wisdom

So where can you get good counsel? Most of us simply follow the crowd. We embrace popular wisdom. But popular wisdom tends to give women terrible advice. And sadly, the advice of girlfriends is often just as bad. According to the Bible, there’s a far more reliable source of help available:

“For the Lord gives wisdom; from his mouth come knowledge and understanding.” (Proverbs 2:6)
“The fear of the Lord is the beginning of wisdom; all who follow His instructions have good insight.” (Psalm 111:10)
“All the treasures of wisdom and knowledge are hidden in Christ Jesus.” (Colossians 2:3)

The Bible isn’t like a decades-old, out-of-date Ann Landers relationship advice column. It contains ancient wisdom that’s tested, timeless, and true. I’ve seen it make a night-and-day difference in women’s lives. If you want the know-how to make life work, turning to the Bible is the smartest choice you can make!

What if you had the smarts to make wise choices?

Just think – What if you had the insight to think, say, and do the right thing? How would that impact your well-being and your relationships?

My passion is to see women like you gain spiritual smarts for life and love. I want to help you apply the timeless wisdom of the Bible in this modern-day. I want to give you the know-how, the tools, and the motivation you need to succeed at every facet of life, and to leave a lasting impact on your world. The wisest man who ever lived urged his friends to do their utmost to pursue wisdom.

Happy is the one who finds wisdom and who acquires understanding. Wisdom is supreme—so get wisdom. And whatever else you get, get understanding. (Proverbs 3:13, 4:7

If you’re new to Girls Gone Wise (and you probably wouldn’t be on this page if you weren’t) I have a few suggestions for steps you can take that will help you get started: 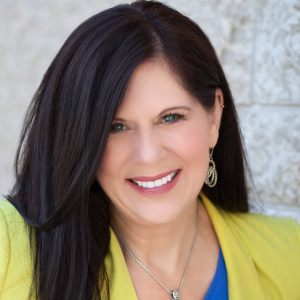 This award-winning book is based on a story about a woman from the book of Proverbs, the Bible’s book of wisdom.

Every week I get emails about the profound difference this book has made in women’s lives. I’m so convinced that it will make a difference in YOUR life, that I’m willing to offer you a money-back guarantee. If you read it from cover to cover, and don’t think its concepts will help you in life and love, then just email me. I’ll refund the cost of the book in full.

Get the book. It will help you walk wisely. I promise!

Get it NOW


You may have already noticed the cute puppy in the grad cap popping up on the side of a page from time to time, urging you to sign up to get more smarts. Do it! That way, you’ll make sure you don’t miss out on my blog posts.

I promise I won’t clog up your inbox, send you a bunch of spam, or share your email with anyone else.  You’ll only get one or two emails a week.

Subscribing is fast, easy, and you can unsubscribe at any time.

What have you got to lose?

The Girls Gone Wise facebook community is a great place to interact with other women who are trying to live wisely. If you haven’t already done so, you can click on the Follow button right now to make sure my facebook posts show up in your feed.

I have a reminder sitting on the ledge above my kitchen sink. It says, “Take time for the quiet moments, as God whispers, and the world is loud.”

It’s so true. The world is loud. And if you don’t take some quiet time to dig into the true source of wisdom, you’ll end up following the wrong advice.

Set aside some time to read your Bible every day. Read books and do some interactive studies that will help you understand what the Bible has to say. Browse through my blog archives.

Be intentional about learning how to walk in wisdom!

I was unhappy in my marriage, so I had an affair. Needless to say, that choice messed up my life and resulted in even more unhappiness. Girls Gone Wise convicted me and opened my eyes to truth. Now I work hard every day to make wise choices. I’m starting to see that when I pursue happiness at the expense of wisdom, I get neither. But when I pursue wisdom above happiness, I get both.

I was stunned when you presented the idea that sex is a picture of the gospel. My view on sex has been very self-focused and pleasure-focused. But thanks to your teaching, my thinking is being redeemed. It’s so wonderful to find Christ in something that had only enslaved me. The truth I’m learning from Girls Gone Wise is setting me free.

I have lived a double life as long as I can remember, acting like the good Christian girl at church and around my parents but acting like a wild thing around my friends and when I was alone. Girls Gone Wise helped me see how close I came to ruining my own life. I’ve become more honest and authentic about my struggles. I’ve dropped my defenses and become more teachable and willing to accept correction – which is totally new for me!

I am a woman. . . and that means something. Here you’ll find wisdom about womanhood, femininity, and all things female.

Bible-based know-how, motivation, and encouragement to help you mature, develop, and take your spiritual walk to the next level.

Strategies, tips, and how-to’s that will help you manage your relationships & responsibilities, achieve balance, and get things done.

I am a woman. . . and that means something. Here you’ll find wisdom about womanhood, femininity, and all things female.

Announcements and press releases about books, interviews, the website, my  grandkids, and anything else I want to brag about.

Do I give it 5-stars or no stars? Here I’ll give you my review and recommendations of websites, books, products and resources.

Stories, quips and quotes to lift your spirit, inspire you, and make you smile.